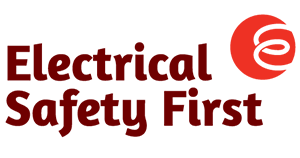 Electrical Safety First is a UK charity that’s dedicated to keeping people safe by reducing the risk of electrical accidents around the home and in the work place. 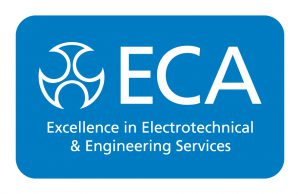 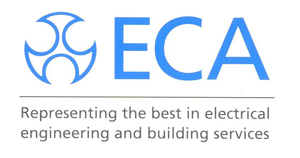 The ECA is the trade association which represents the industry and has circa 3000 registered members ranging from local employers with only a few operatives, to national multi-service companies with several branches employing thousands.

Philip Buckle
Phil was appointed Director General of Electrical Safety First in 2009, having previously served as the Director of Charitable Affairs of the charity from 2007. Phil previously held the post of Marketing and Business Development Director at NICEIC and Head of Technical Services at the Electrical Contractors’ Association (ECA).

Kevan Parker
Kevan is the Managing Director of Certsure LLP. Prior to joining Certsure in 2015 as Director Certification and Operations, Kevan worked in senior roles within technical and service organisations including British Standards Institution, Trafficmaster Ltd, VT Group, Babcock Support Services and QinetiQ.

Steve Bratt
Steve was appointed ECA Group Chief Executive Officer in October 2010, having previously served as Deputy CEO from February 2010. Steve joined the ECA as Chief Operating Officer in 2007 from Magna Housing Group, where he was Group Business Development Director and MD of Charter Ltd and Affordable Homes UK

Paul Canning
Paul has been involved in the electrical industry for nearly 40 years in various positions from Electrical Apprentice to Managing Director and owner of his own Panelbuilding firm. He is currently the Technical and Commercial Manager for Schneider Electric UK Ltd , based in Telford, and the Chair of BEAMA’s Industrial and Single Phase Product Group, covering domestic wiring accessories, consumer units and three phase switchgear.
Paul is a STEM Ambassador for Shropshire and Staffordshire , working with schools and colleges in the area on engineering projects and promoting engineering subjects, in particular engineering apprenticeships. He is a member of the Institute of Engineering and Technology (IET)

Paul Hide
Paul’s experience spans sales, marketing, operational and general management roles during 25 years in B2C, B2B and B2G technology industry organisations, including Sharp and Sony Electronics.
Paul has led the UK introduction of many technology milestones that have delivered the analogue to digital technology transition of the past three decades. Paul’s current role is as a Director of techUK, the UK’s leading technology trade association, and involves working in partnership with members, Government and stakeholders to shape and lead the future of the UK technology industry and the application of UK based tech.
Paul is also a Governor of Kingston Hospital Foundation Trust and an active member of British Cycling’s UK racing scene.

Paul McNaughton
Paul is Managing Director of Darke and Taylor Limited and was President of the Electrical Contractors’ Association (ECA) in 2012-13. Paul is an active member of the ECA’s Education and Training Committee and Employee Relations Committee and also holds a seat on the national board of the JIB.

Lesley Rudd Chief Executive Electrical Safety First
Lesley was appointed Chief Executive of Electrical Safety First in February 2020. Lesley’s previous role was Chief Executive of the Sustainable Energy Association. Prior to that she held a variety of roles in the energy industry including Government and Stakeholder Relations Manager, Commercial Manager, and Head of Communications at BG Group, Audit Manager, Financial Systems Manager, and Customer Service Manager at British Gas and Public Affairs Manager at Microgen. Lesley has a BA (Hons ) in Business Studies, is a qualified accountant, and a Fellow of the Energy Institute. Lesley was awarded a Medal of the Order of the British Empire in the 2020 News Years Honours list for services to UK energy markets and clean growth.

Mark Sibley
Mark Sibley is the Finance Director and a Board member of Certsure LLP and Ascertiva Group Limited. He has responsibility for the finance, facilities, procurement and SAP support departments. Mark has a BSc (Hons) in Environmental Studies and became a fully qualified accountant in 1997 obtaining fellowship in 2002 (FCCA). Mark has previously worked as Director of Finance for two UK subsidiaries of Bouygues a large French conglomerate.

Jennifer Trim
Jennifer is Finance Director of Electrical Safety First having joined the Charity at the start of 2014. She originally qualified as a Chartered Accountant with KPMG and has since worked for both PwC and Mars. Prior to joining the Charity, she had worked in the Charity sector for nearly 13 years.