Kevan Parker has been appointed as the Managing Director of Certsure.

Kevan has been with Certsure since 2016 when he joined the operations team as Director of Certification and Operations. He has been undertaking the interim Managing Director position since December following the departure of Emma Clancy.

Phil Buckle, Chair of the Certsure board commented: “During his time in charge Kevan has demonstrated both a passion for Certsure and a strong ability to lead the Strategic Leadership Team.  He has proven himself as a team player and has the skills to make a positive contribution to the future development of Certsure.”

Kevan said he is looking forward to the challenges ahead, adding: “I’m very excited about the future for Certsure. We plan to build on our technical excellence to provide a service offering to our customers that is second to none. This, combined with working more closely with the Certsure LLP members, will see us go from strength to strength.” 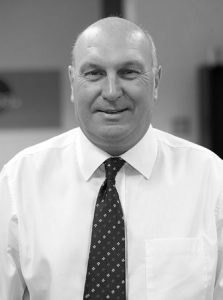